Clare Crawley is all about self-love and she's not letting anybody stop her!

The Season 16 Bachelorette caught up with Chris Harrison and DeAnna Pappas during Kaitlyn Bristowe's episode of "The Bachelor: The Greatest Seasons — Ever!" where they discussed the stigma of having sex with somebody on the show, whether that be during Fantasy Suites or not.

Chris asked Clare, "Do you think because of the women that have come before you, you can be that powerful strong woman and own that intimacy, own whatever comes?"

Chris followed up her response by mentioning that Clare was shamed by viewers as well as the Bachelor Juan Pablo Galavis himself. She said, "I hope that everybody is not sitting and judging but looking from an open perspective and open heart knowing that this is my story and I’m sharing it with you guys. I’m excited for it!"

DeAnna shared similar sentiments about why it's important for a woman to follow her own desires and the double standards women often face when it comes to sex.

The Season 4 Bachelorette shared some advice of her own. "Clare, you have been given a unique opportunity here," DeAnna expressed. "You have the ability to say, 'This is who I am at my core. This is what I want for me and for our lives.' I am there to cheer you on. I’ll be the first one watching."

Clare replied, "You are what a strong woman is. Also, to support another woman, that lifts me up even higher and encourages me more."

DeAnna told her that Clare has the entire "Bachelorette" family — 15 seasons worth! — has her back and who are ready to "lift you up and support you." 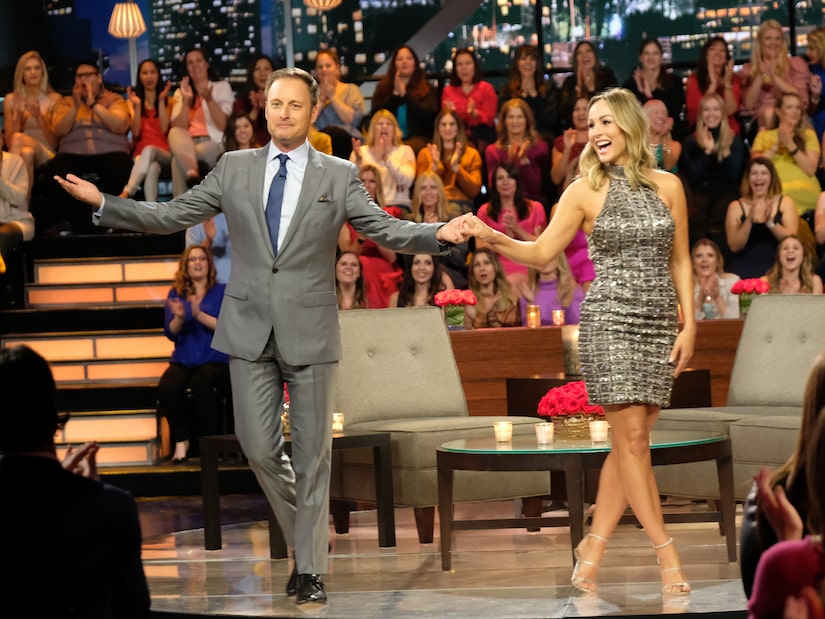 Clare has never been one to shy away from being a strong woman. We saw her epically clap back at Juan Pablo on the finale, telling him, "I thought I knew what kind of man you were. What you just made me go through, I would never want my children having a father like you."

Plus, she served him right back on Twitter after a list of potential men for her season came out. Juan Pablo tweeted, "I just SAW the GUYS for @Clare_Crawley Bachelorette season and its gonna be INTERESTING seeing HER get hit on by KIDS on their 20s... I think this MIGHT be the 3rd SEASON Im gonna watch."

She responded, "And yet here you are, older than 99% of them and still cant practice compassion and kindness..."

It's clear that Clare's season of "The Bachelorette" will be filled with empowering moments and not taking any excuses from anyone. When she was announced as the Bachelorette, Clare revealed on "Good Morning America" some important traits she looks for in a future husband.

"The most important thing is I want a man that will take off his armor," she said. "I want a man who is strong, but is willing to take off the body armor, open himself up and be vulnerable, and I think that is some serious strength right there."

We absolutely cannot wait to see Clare's season because it will without a doubt be uplifting, inspiring, and replete with girl power!