Jason Mesnick got his heart broken on Season 4 of "The Bachelorette" when he proposed to DeAnna Pappas and she turned him down. Jason won another shot at love when he became the Season 13 Bachelor and this time around, it stuck.

Jason’s season of "The Bachelor" will be featured on Monday’s episode of "The Bachelor: The Greatest Seasons — Ever!" with a look back at his roller-coaster ride of a journey as the leading man. The Seattle native dealt with his fair share of drama, kisses (never forget "You have napkin on your face"), and heartbreak over the course of his season.

All of these occurrences — the good, the bad, and the ugly — led him to the woman he’s been married to for 10 years, Molly Malaney Mesnick.

Jason and Molly’s chemistry was instantaneous that first night of the show. He said, "When I first saw Molly, she really stood out to me. She’s absolutely stunning, took my breath away"”

Molly was always open about her feelings for Jason and had no trepidation about becoming a stepmom to his son, Ty. 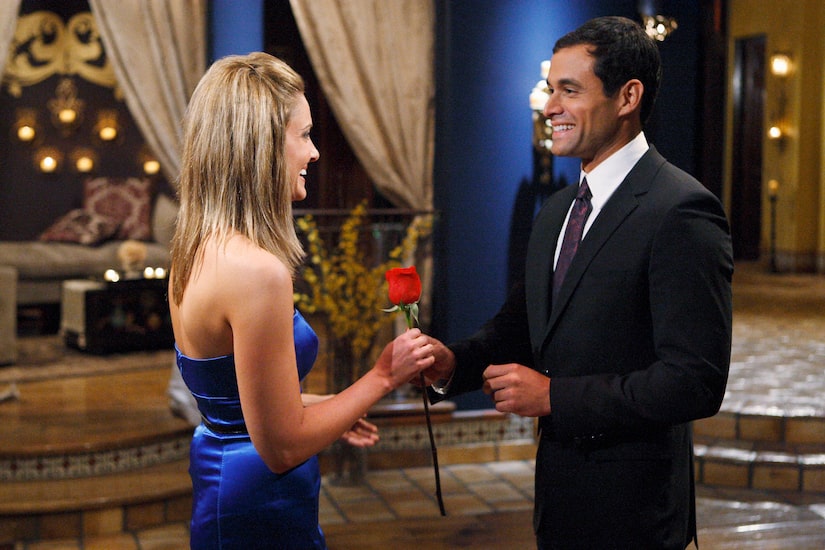 The Michigan native also essentially foreshadowed the ending of the season during the dinner portion of one of their dates. She said, "I want you to know I am in this for the long haul and I want to be here. I want to be with you. It makes me nervous. Aren’t you afraid you’re going to pick someone and down the road, be like, 'Wow, I picked the wrong one? I should’ve picked the other one.'"

At their Fantasy Suite date, Molly told Jason she was falling in love, and Jason said "everything changed" after that moment.

Happily married now, Jason and Molly’s relationship wasn’t always picture-perfect. It looked that way for the majority of "The Bachelor" season, but it all came crashing down the final day in New Zealand. Jason sent Molly home at the final Rose Ceremony after she told him she loved him. When Molly drove off in the limo, Jason proceeded to have his now-famous "balcony cry."

Jason proposed to Melissa Rycroft, but he broke off their engagement onstage in a gut-wrenching interaction on "After the Final Rose."

He admitted to Chris Harrison, "Since this all ended, things have been different. We’re not right for each other."

Jason said he did "a lot of soul searching" after the show and came to the realization that he still had feelings for Molly.

"I knew I was making the right decision at that moment in my life, but as soon as she left, I felt like a piece of me was gone," he revealed. "A huge piece of me that I haven’t known before, that made me a better person, that made me alive."

He spoke at length about decisions and the importance of not wanting "to live my life with regrets."

Molly accepted his offer to talk things over and “see where things go,” and they’ve been together ever since. Molly and Jason tied the knot February 27, 2010, in Rancho Palos Verdes, California. They have a 7-year-old daughter, Riley Anne Mesnick. The 5-year-old Ty viewers saw on the show is now a full-fledged teenager, too.

Time sure flies by!

To look back at the rest of the unforgettable moments from Jason Mesnick's time as the Bachelor, be sure to watch "The Bachelor: The Greatest Seasons — Ever!" Monday at 8 p.m. on ABC.