First comes "The Bachelor," then comes marriage, then comes a baby Mesnick in a baby carriage!

Jason and Molly Mesnick's relationship all started on Season 13 of "The Bachelor," which premiered in 2009. Since then, they briefly broke up, rekindled their relationship, got engaged, tied the knot, and had a baby girl named Riley. (Jason also has son Ty Mesnick from a previous marriage.)

"Bachelor" fans now have the chance to relive Jason's time as the Bachelor on Monday’s episode of "The Bachelor: The Greatest Seasons — Ever!" and revisit some of the moments that made it truly unforgettable.

"Bachelor Nation" chatted with Jason and Molly via email ahead of the "Greatest Seasons — Ever!" episode and they filled us on all things parenthood-related and how they've been spending their days in quarantine. (Read the first part of their interview here!)

Adjusting to "normal life" after "The Bachelor" takes some getting used to. Molly called the change "a trip," saying, "When filming, you are removed from TV, magazines, radio, etc... so it’s kind of like you're entering a whole new world! While we were filming, [Barack] Obama was elected president... so it truly was a new era! You're also going to back to your normal life, while holding on to this HUGE secret that everyone in the world wants to know. It was bizarre!" 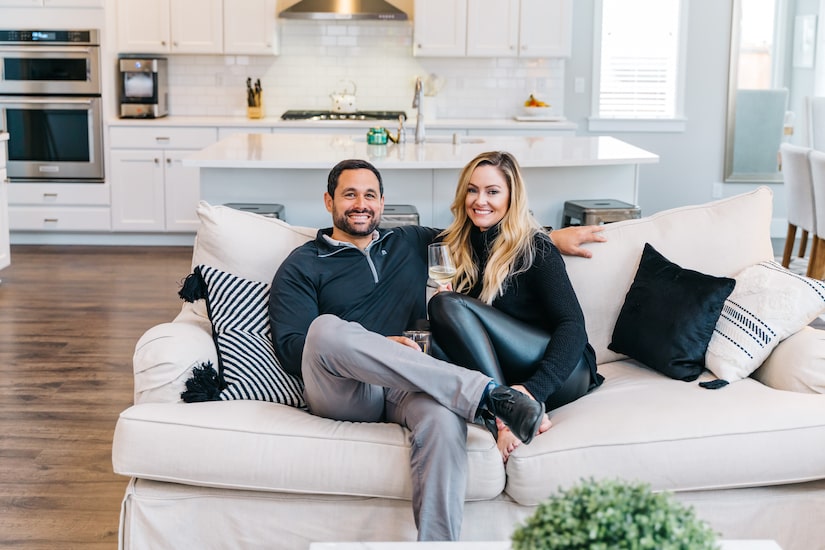 Jason and Molly got married February 27, 2010, in Rancho Palos Verdes, California. Three years later, they welcomed their daughter Riley Anne Mesnick. While on "The Bachelor," Molly explained to Jason, "If I love you, I'm going to love Ty because Ty is a part of you."

She's held true to those words ever since that day.

Molly tells "Bachelor Nation" that she finds it "amazing" to see her kids "change and grow."

Jason likens Riley to a "little mini-Molly." He tells us, "She wants to do anything and everything that her mom does, but she is also a daddy's little girl, which I love. We have a weekly tradition of getting donuts together every Friday, which has become such a special time for us."

Jason and Molly explain that they live a "normal life," which includes waking up early, exercising, getting the kids to school, and working.

Molly says, "I wake up around 5 a.m. and head off to work. I was doing radio (but have since stopped as of a few weeks ago). I'd get home in time to get the kids fed, dressed and off to school! While they are at school and Jason is at work, I'd get all of the errands done, head to a SoulCycle class, and a few days a week, I volunteer in Riley’s classroom!"

Molly compares herself to the "family Uber driver" because she takes Ty to basketball practice and Riley to her extracurricular activities, such as "gymnastics, swimming, Girl Scouts, or whatever the activity is for that day."

Jason has been thriving as a successful real estate broker in Seattle and doing it "as full as full time can get."

He shares, "Things never slow down, so it's meetings, deals, and networking for me 24/7! I'm also super involved with the kids, coaching Riley’s basketball team, and I don't miss a single game of Ty's!"

Quarantine hasn't stopped the Mesnick family from staying active. Molly admits they golf "all the time." They enjoy it not only because it’s "the only activity allowed," but also because their "whole family plays."

Jason adds, "Ty has been working out every single day since the stay-at-home order was put into place, so it has been fun to do that with him! I also taught Riley how to ride a bike without training wheels, so neighborhood bike rides are a daily activity."

You won't want to miss Jason's episode of "The Bachelor: The Greatest Seasons — Ever" so be sure to tune in at 8 p.m. on ABC.