Chris Watson and Bri Stauss' musical and romantic relationship started off on a high note when they won "The Bachelor Presents: Listen to Your Heart" and subsequently released their debut album "Chris and Bri."

Then, the coronavirus pandemic hit.

Bri and Chris, however, weren’t going to let a worldwide crisis derail their relationship’s momentum. Instead, they adjusted, adapted, and collaborated. They’ll be back onstage August 18 in a livestreamed performance at Hotel Café. (You can find out more information about it here.)

"Bachelor Nation" had the opportunity to talk to Bri and Chris over email and learn more about their creative process, as well as how they navigated their relationship amid COVID-19 stay-at-home orders.

Bri and Chris called working together as co-writers "incredibly fun." They told us, "While writing these songs, we were able to focus on the moment, as well as dream about our future. Music is its own language and breaks down barriers that nothing else can, so it was such a wonderful experience getting to get to know each other on a deeper level." 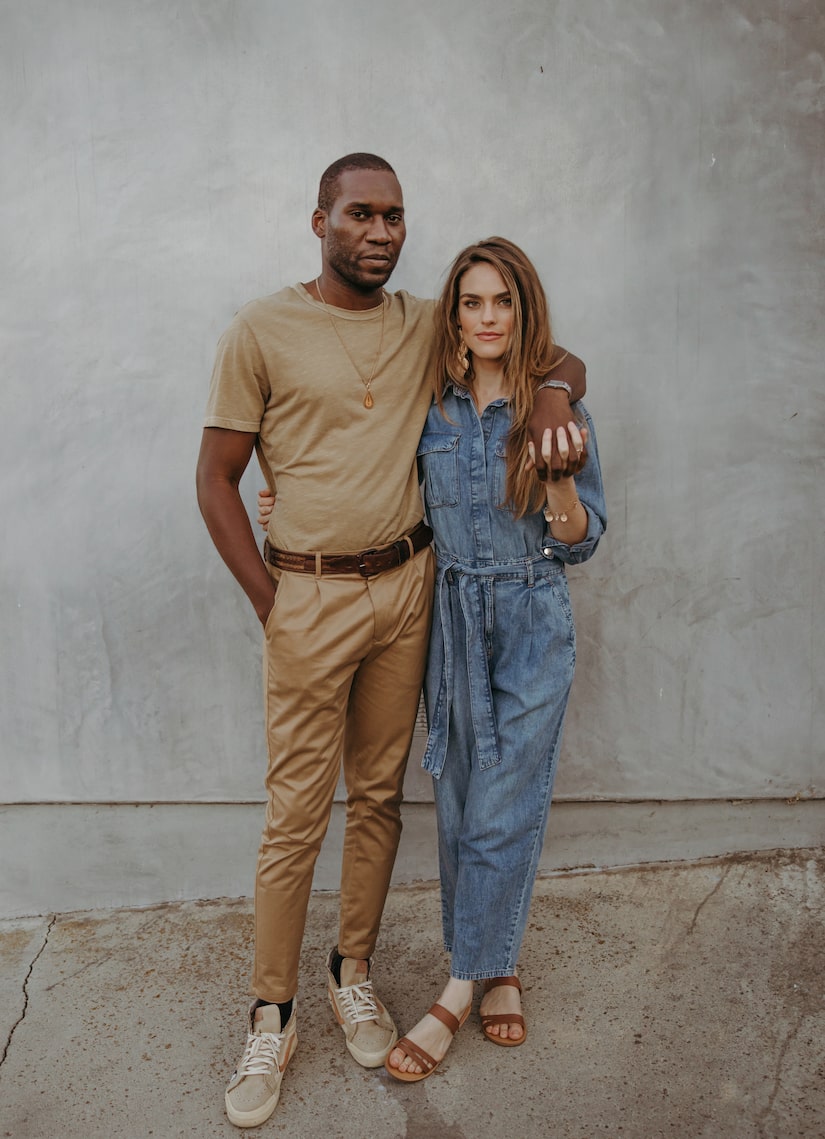 Due to the pandemic, they were forced to write the original songs for their album in two different cities. They managed thanks to FaceTime.

"That was really tough, because we had to dig deep as artists," they said. "We’ve never experienced writing in such a way. So much about the process is capturing a moment with the other musicians in the room and running with it. It was an adjustment for sure."

Though it was "really tough," they leaned on each other during the harder times, a lesson they gleaned from their days on "Listen to Your Heart."

They said, "We are so glad that we had each other through the pandemic! On the show, we had to trust and rely on one another through some incredibly challenging experiences. This pandemic was something no one could have imagined, but the way we met allowed us to grow stronger while apart."

Bri and Chris added, "It was such a comfort to have someone right by your side in the most trying time."

The couple finally reunited in June — on International Loving Day, no less — and they said it was "as magical as we hoped it would be."

Chris, ever the romantic, picked Bri up from the airport in a suit.

They shared, "We had talked about what it would be like for so long that when it finally happened, it didn’t feel real — just like the night of the finale."

While they reunited in Los Angeles, their favorite date since seeing each other again was when they rode up the ski lift in Sundance, Utah.

They explained, "With all of the unrest, it was so nice to be in nature together, away from it all. We got the best nachos at the top of the mountain while we enjoyed the view."

Their time together off-camera has allowed them to learn a lot about each other, too. Bri was most surprised that "Chris is actually a decent cook!" Meanwhile, Chris said, "Bri can be really funny. It’s a little harder to crack jokes on camera."

Chris said Bri taught him that he is "deserving of love." He elaborated, "I’ve lost a lot of the people that loved me most. Through that I learned to cherish every moment, and believe in love for myself. For someone to see my heart the way she does is all I’ve ever hoped for."

Bri added, "Chris has taught me to believe in myself without holding back. I no longer find myself questioning doubts I’ve held onto for a long time. I have become a stronger version of myself because of him!"

Bri told us if she could collaborate with any musician, she’d want it to be Whitney Houston "because she is one of the greatest of all time!" Chris would love to work with Stevie Wonder because he "is a musical genius."

Chris and Bri will be performing Tuesday, August 18, at 6 p.m. PST. For more information about their upcoming show, check out their website or text 323-405-8918.